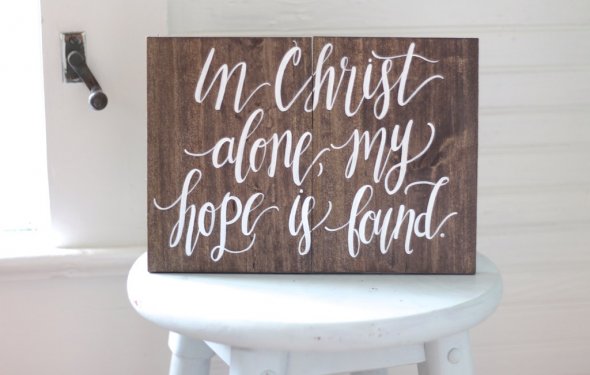 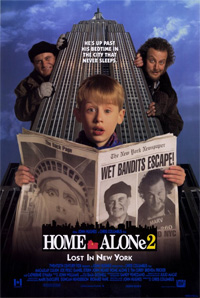 Kevin McCallister and his family are taking a vacation to Florida. At the airport Kevin loses his family and accidentally gets on a plane to New York City. After enjoying himself there for a while, he runs into his old enemies, Harry and Marv, who have escaped from prison. After finding out they are planning to shoplift in a toy store, he sets up a plan to put them behind bars once again. He sets up traps in an old house, and engulfs the duo with them. Afterwards, he is reunited by his family.

Radio City Music Hall is an entertainment venue located in New York City's Rockefeller Center. Its nickname is the Showplace of the Nation, and it was for a time the leading tourist destination in the city. Its interior was declared a city landmark in 1978.

The 12 acre (49, 000 m²) complex in midtown Manhattan known as Rockefeller Center was developed btw 1929 and 1940 by John D. Rockefeller, Jr., on land leased from Columbia University. The Radio City Music Hall was designed by architect Edward Durell Stone and interior designer Donald Deskey in the Art Deco style. Rockefeller initially planned a new home for the Metropolitan Opera on the site, but after the Stock Market Crash of 1929, the plans changed and the opera company withdrew from the project.

Battery Park is based in lower Manhattan and has been featured in films such as Desperately Seeking Susan, Men in Black and She's The One.

The World Trade Center (WTC) was a complex in Lower Manhattan in New York City whose seven buildings were destroyed in 2001 in the September 11 terrorist attacks. The site is currently being rebuilt with six new skyscrapers and a memorial to the casualties of the attacks.

The original World Trade Center was designed by Minoru Yamasaki in the early 1960s using a tube-frame structural design for the twin 110-story towers. In gaining approval for the project, the Port Authority of New York and New Jersey agreed to take over the Hudson & Manhattan Railroad which became the Port Authority Trans-Hudson (PATH). Groundbreaking for the World Trade Center took place on August 5, 1966. The North Tower (1) was completed in December 1970 and the South Tower (2) was finished in July 1971. Construction of the World Trade Center involved excavating a large amount of material which was used in making Battery Park City on the west side of Lower Manhattan.